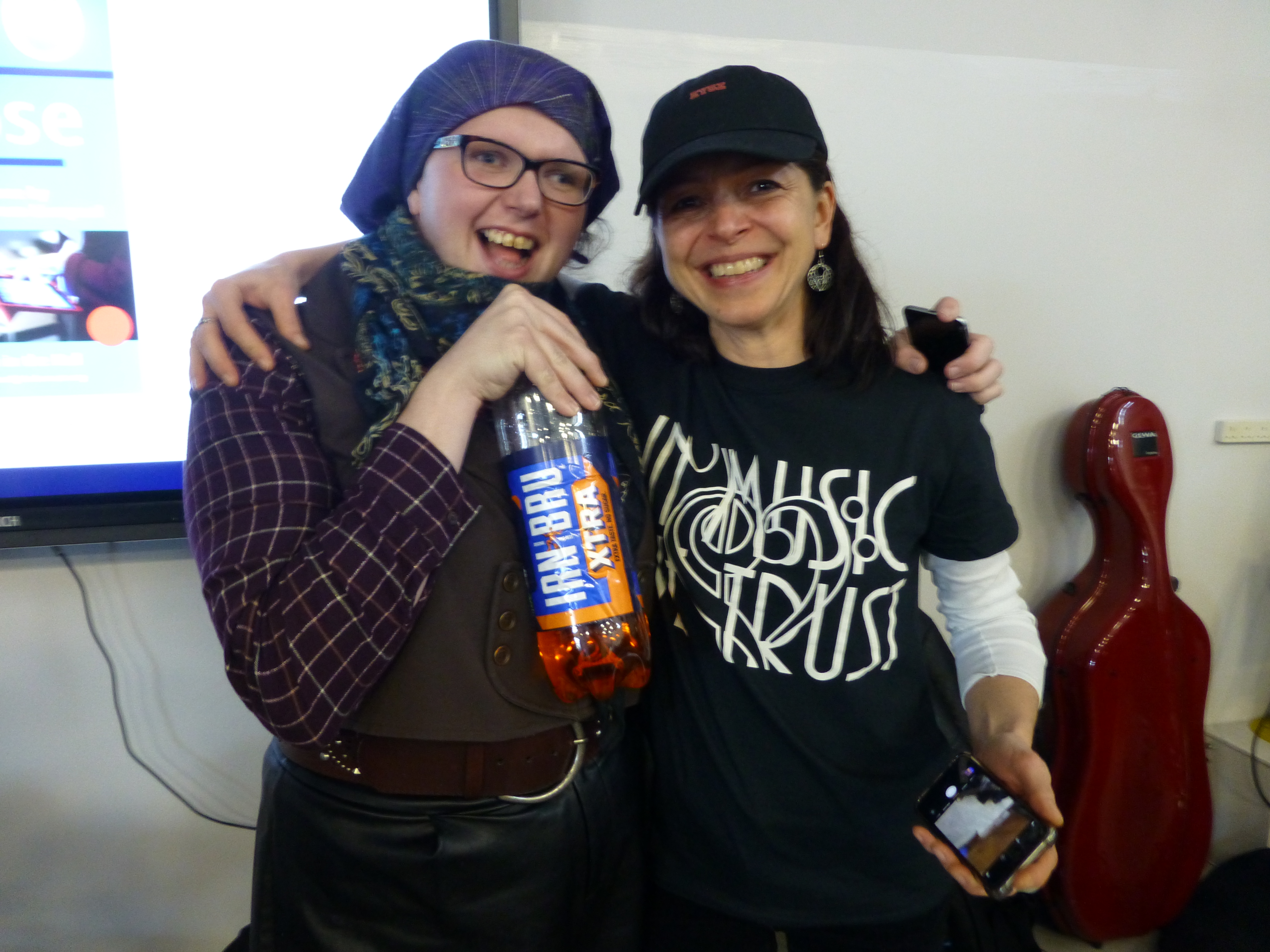 Last September Go Compose began, which saw us working with a group of young musicians to develop their confidence and creative practice in writing, composing and constructing music.Early on we decided to base the project in Liverpool, the idea being that it might work, in part, as a kind of ‘graduation’ from our highly successful Young DaDa Ensemble. This has now been rolling for 4 years, and leans a little more towards entry-level ensemble playing and performance, so we wanted to offer an opportunity for participants to take their musicianship further.

This was due to its size and the noise levels produced, which weren’t always comfortable or accessible for the young musicians.

We wanted to reconnect with these individuals, so when setting up our Go Compose sessions we decided we would aim to keep group sizes small, to make it more suitable for young autistic people who may find group work overwhelming.

We opted to run the sessions on Saturday afternoons in a new venue, taking the project out of the school environment used by the Ensemble and into a proper recording studio! We were very lucky to find Merseyside Youth Association – a great organisation with a suitable studio space for our needs.

We kept the group size small, which meant we were able to offer one-to-one support and tuition. This allowed the three young composers to really blossom. Matthew, Eleanor and Alexia have each been on a remarkable journey.

Eleanor (Ey5z)
Prior to attending our sessions, Eleanor already had experience as a pianist and guitarist, but wanted to develop skills in composition and recording.

In the sessions Eleanor worked with Kris Gjerstad, a DM Associate who is an electronic musician and technologist. This one-to-one tuition in Logic Pro X encouraged her to start writing her own hip hop beats.

This empowered Eleanor to take things further, developing and managing her own home set-up. As she grew in confidence, she even invited a rapper, Breezy, to collaborate with her on a track. Listen to the resulting collaboration being performed live:

For most of the Go Compose course, Eleanor wore dark glasses to help her deal with social situations, but towards the end, she decided to wear ordinary glasses and a peaked cap, with a logo she’d designed herself featuring her artist name: ey5z.

Towards the end of the course, we booked in two performances at Hugh Baird College and Bank View School. We weren’t sure initially, if our young composers would want to perform, but they all did, and both performances went very well.

The second, at Bank View, gave our young composers the chance to perform in front of around a hundred pupils. There were some nerves, but everyone shared their music with great confidence and belief.

Eleanor brought an extra ey5z cap in for our DM Musician Georgina to wear during the gigs. As well as sharing her beats, she played a live piece accompanied by Georgina on piano, which she described as James Bond-esque.

This was followed up by a live performance at AMP’s House Party at HOME in Manchester – see the soundcheck here:

You can check out Eleanor’s ey5z Soundcloud here:

Matthew Nealis & Alexia Adamson
Matthew and Alexia’s journeys have been no less significant.

Matthew has written and recorded a full album (with support from DaDaFest). Go Compose helped him to hone his composition skills further and continue working with DM Musicians Jon Hering.

When Matthew describes the songwriting process he says songs get ‘downloaded’ fully formed in his head. He’s a pianist, singer and lyricist whose work gives us a fascinating glimpse into his experiences and thought processes.

A stand-out track on his album is ‘I Don’t Deserve Anything’. Look out for this track being published through Drake Music’s networks soon. Hear a preview of Matthew’s album below:

Alexia, who joined us later on in the course, worked hard to develop her lyrics and singing.

For our performance she shared a song with a traditional folk lilt – music she had written to the poem “John Anderson my jo, John” by Robert Burns.

She played bodhran, and undeniably lifted the whole audience with her performance and energy throughout:

What next?
Since the project finished we have signposted our main participants to a number of further opportunities and commissions. We hope to continue working with them and envisage bright futures ahead for these talented young musicians.

See Matthew (and Alexia tbc) perform live at our next House Party collaboration with AMP at HOME Manchester on 14th June 2019.

And our second round of Go Compose is already underway, with the next group of participants – FUSION – a group of 12 young disabled women, who want to understand more about composition.

More on this soon!